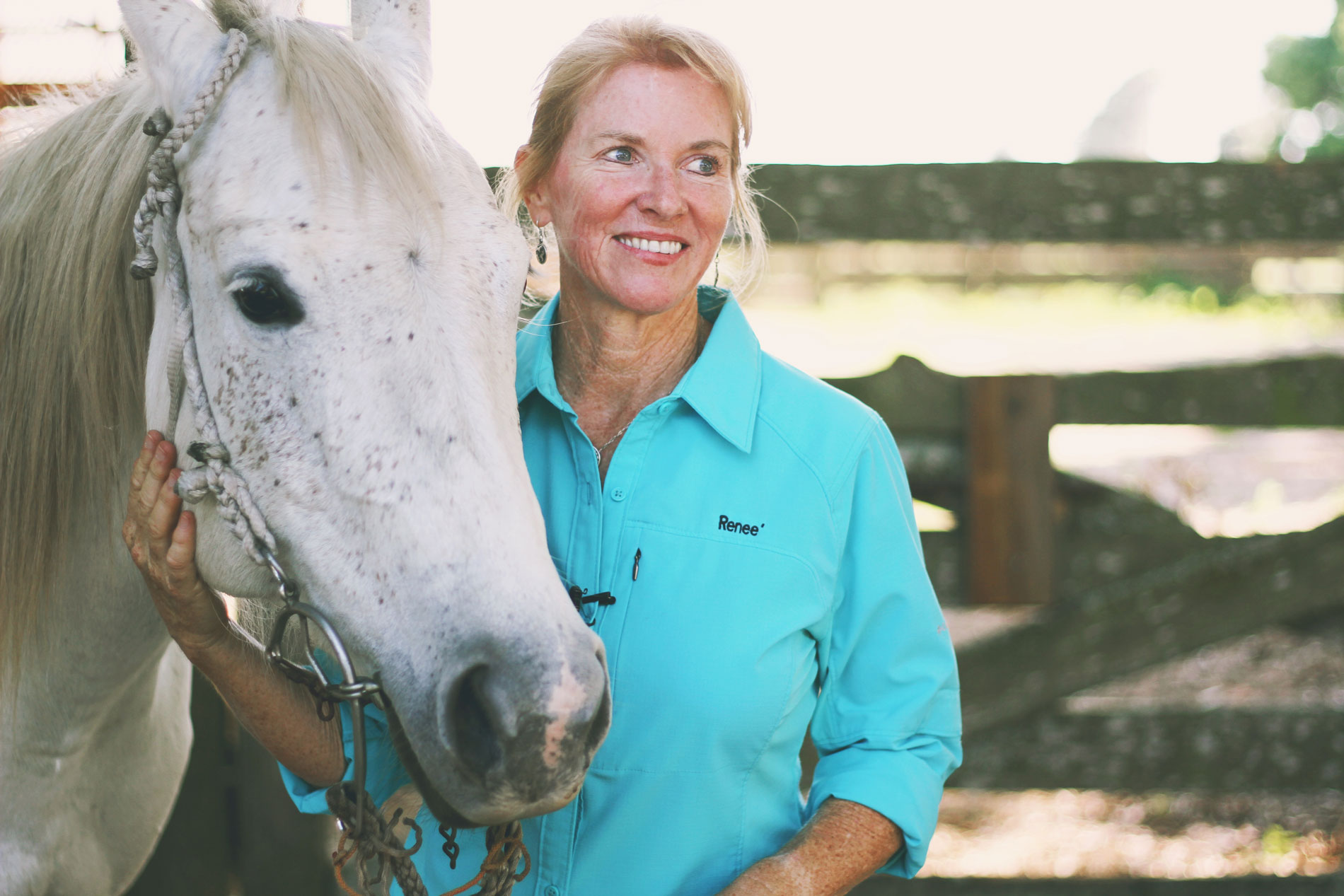 (NASHVILLE, TENN. — September 27, 2016) Renee Strickland runs “Strickland Ranch and Exporting” in Myakka City, FL. Renee grew up in a ranching household and today, she and her husband export cattle around the world, including the middle east. She sometimes finds herself making groundbreaking deals with countries that have very volatile relations with the U.S. Government, which can make negotiations pretty tricky. For fun, Renee loads up her horses and heads to the polo fields at Sarasota Polo Club, where she competes in the game she loves.

“One day you are interacting with someone that speaks Russian and the next day they speak Spanish … and you might need Portuguese if you have to go to Brazil … so you have to be able to adapt yourself to cultures,” said Strickland. “Pakistan has been the most challenging market to open. I’ve been blessed to open several markets. I sent the first U.S. cattle into Oman. I sent the first U.S. cattle into Ecuador after many, many years. Maybe I am blazing some trails there, but it’s making it very easy for the other exporters to come in, which is great!”

According to the USDA’s most recent census report, the number of women-led farms has tripled over the past four decades and remains one of the fastest-growing groups in the United States. Today females make up 32% of the farming workforce and are almost one million women strong. Despite these powerful statistics, female farmers have often gone unnoticed in farm imagery … until now. RFD-TV’s new series, “FarmHer” focuses its camera lens on women in agriculture through the eyes of photographer and TV host Marji Guyler-Alaniz.

The original series takes viewers on a journey through a day in the life of many diverse “FarmHer’s” to explore what life on the farm looks like for women in agriculture. “FarmHer” takes you inside the nitty-gritty lives of female farmers visiting an urban goat dairy farm in Tampa, an alpaca ranch in Colorado, an urban FarmHer helping the homeless in Austin, and even an 80-year-old woman who is committed to single-handedly caring for her 6K+ acre family ranch. “FarmHer” is produced by RFD-TV in partnership with FarmHer and presented by Syngenta U.S., Mahindra U.S., and Nationwide Agribusiness.

FarmHer was founded by Marji in 2013 just after the “God Made a Farmer” Super Bowl Ram commercial aired. A few days after the commercial captivated America, she read an article discussing how it was a beautiful representation of America, but where were the women? She struggled with this fact and decided she wanted to utilize her passion for photography to begin changing the image of agriculture to include women and sharing their stories. The FarmHer concept started as an online community and photo project and has now grown into a new primetime television show on RFD-TV.

“I spent my career working in agriculture and never thought about how women were (or rather, weren’t) portrayed,” said Marji. “I woke up in the middle of the night with the realization that instead of being frustrated, I had the ability to start changing the perception with my camera and show the world that women farm too.”

“The thing that excites me the most about expanding “FarmHer” is that together with RFD-TV we can take the image of these women – images that really represent and stand for millions of women all over the world – to the next level,” said Marji. “By incorporating video, we can really show these women at work and shine a much bigger light on who they are, what they do, and the beauty that each of them brings to agriculture. I hope by sharing these with a larger audience that we can inspire women, both within and outside agriculture, to go after their dreams, do what they want and find a way to succeed.”

“There is something to be learned from every woman in the FarmHer series and you do not need to live or work in agriculture to enjoy the show, “said Raquel Gottsch, executive producer of FarmHer TV. “There are life lessons, stories of heartache and triumph, and moments of humor that will resonate with anyone watching. It is our goal of the series to not only update the image of agriculture to include women, but to also show the beauty of rural America in an effort to reconnect city with country, the lifelong mission of RFD-TV. Every woman that we have visited has truly inspired me and taught me something new about agriculture that I did not know before. Women are amazing communicators and have a way of sharing their love for the land, care for the community and desire to feed the people.”

For the full program schedule and more information about RFD-TV and Rural Radio Channel 147 on SiriusXM visit rfdtv.com.

Reneé appeared as a panelist on RFD-TV tv show "Cattlemen To Cattlemen".  Please watch below…

Below is an excerpt from Heartland Magazine, by Audra Clemmons A love for ranching and…